Growth within the wearable tech industry has caused new product lines like smart rings to emerge, but the expanding market hasn’t softened competition among wrist-worn wearables.

With so many devices to choose from, and with so little to differentiate them by, picking the best option can be difficult for consumers.

WearableZone aims to make your decision easier by pitting some of the most popular devices against each other.

In our latest installment, we join the Mio Slice vs. Fitbit Charge 2 debate. Here’s everything you need to know before choosing between two of the newest and most functional fitness trackers on the market. 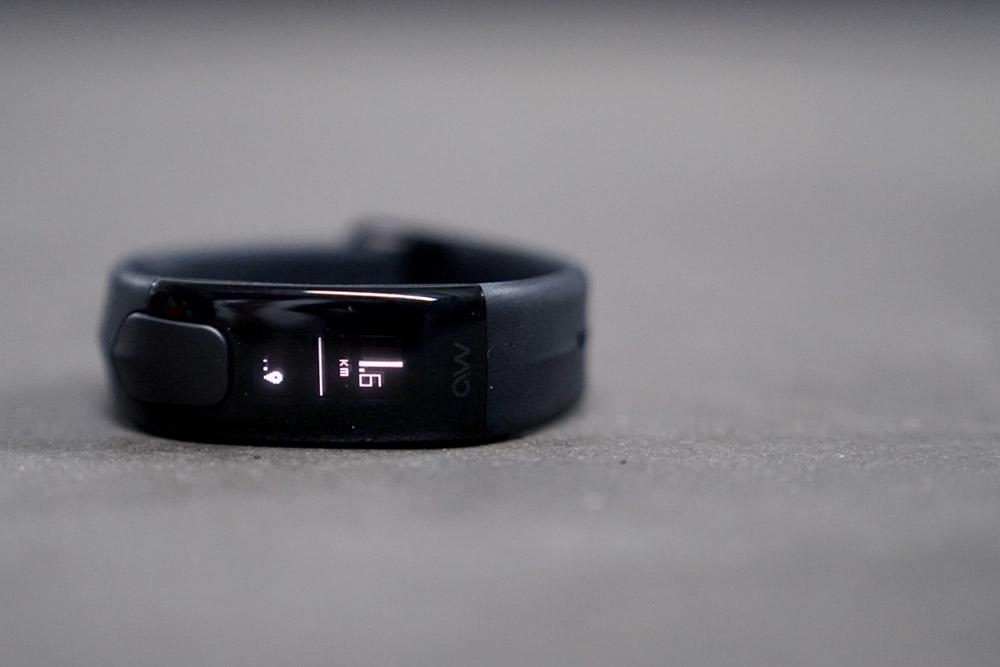 In terms of fitness tracking, Mio Slice vs. Fitbit Charge 2 demonstrates a difference in company ideology.

While the Charge 2 mostly sticks to tracking traditional activity stats like calories burned and floors climbed, the Mio Slice introduces an all-new metric into the equation — Personal Activity Intelligence (PAI).

PAI is Mio’s way of making fitness data relevant to the average consumer. Instead of just providing the user with their daily activity numbers, the PAI system provides a personalized health score based on your activity.

After you input your resting heart rate and heart rate max into the device, the Mio Slice generates a health score based on your heart rate intensity during exercise. Studies have shown that keeping your PAI score at 100 or above over a rolling seven-day period helps you stay healthier and live longer.

While the Charge 2 offers a similar metric called the Cardio Fitness Score — an estimate of your VO2 max — it’s less intuitive and comprehensive than PAI. Additional features like automatic exercise detection and multi-sport modes make Fitbit’s device a very capable fitness tracking option, but it’s up against a really unique concept. 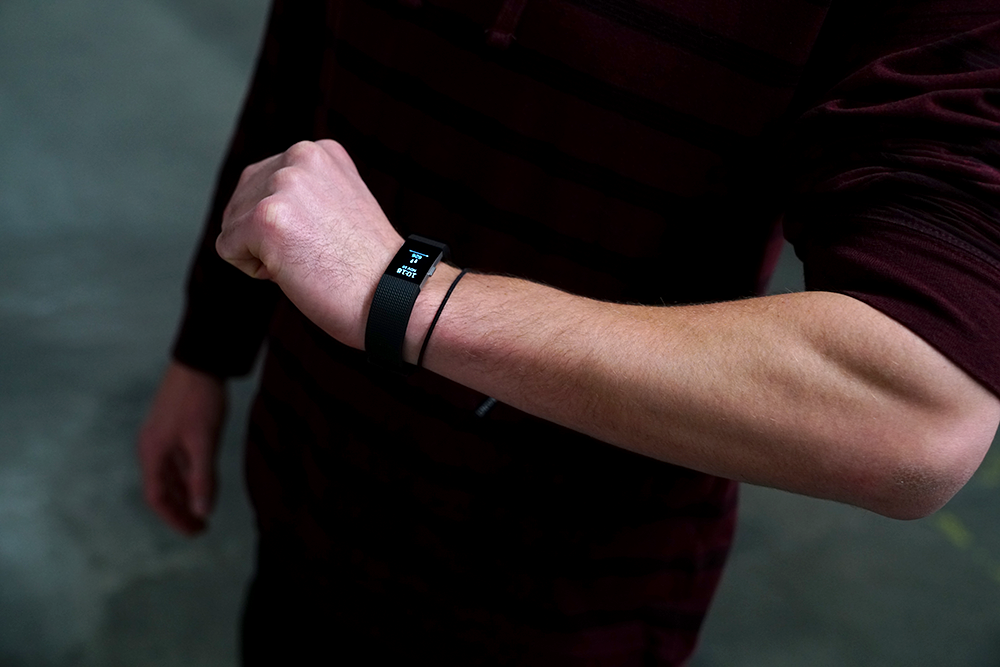 Outside of the Alta models, the Fitbit Charge 2 is arguably the company’s most attractive device. It feels slim on your wrist, has a 1.5-inch OLED display, and comes with interchangeable bands.

If not for its uninspired design, the Mio Slice might be our highest-rated fitness tracker. The device really is that bland, regardless of band color. Outside of its slim, comfortable fit, there’s not much to like.

Both devices feature monochrome displays and buttons for navigation, but the Charge 2 also has a touchscreen. A big, centralized button controls all of the features available on the Slice.

The only advantage the Slice has in terms of design is water-resistance. It is swimproof, while the Charge 2 isn’t even suitable for use in the shower. Never having to take off your fitness tracker is definitely convenient.

Verdict: Neither device jumps off the page for its looks, but the Charge 2 makes a better style option on your wrist. 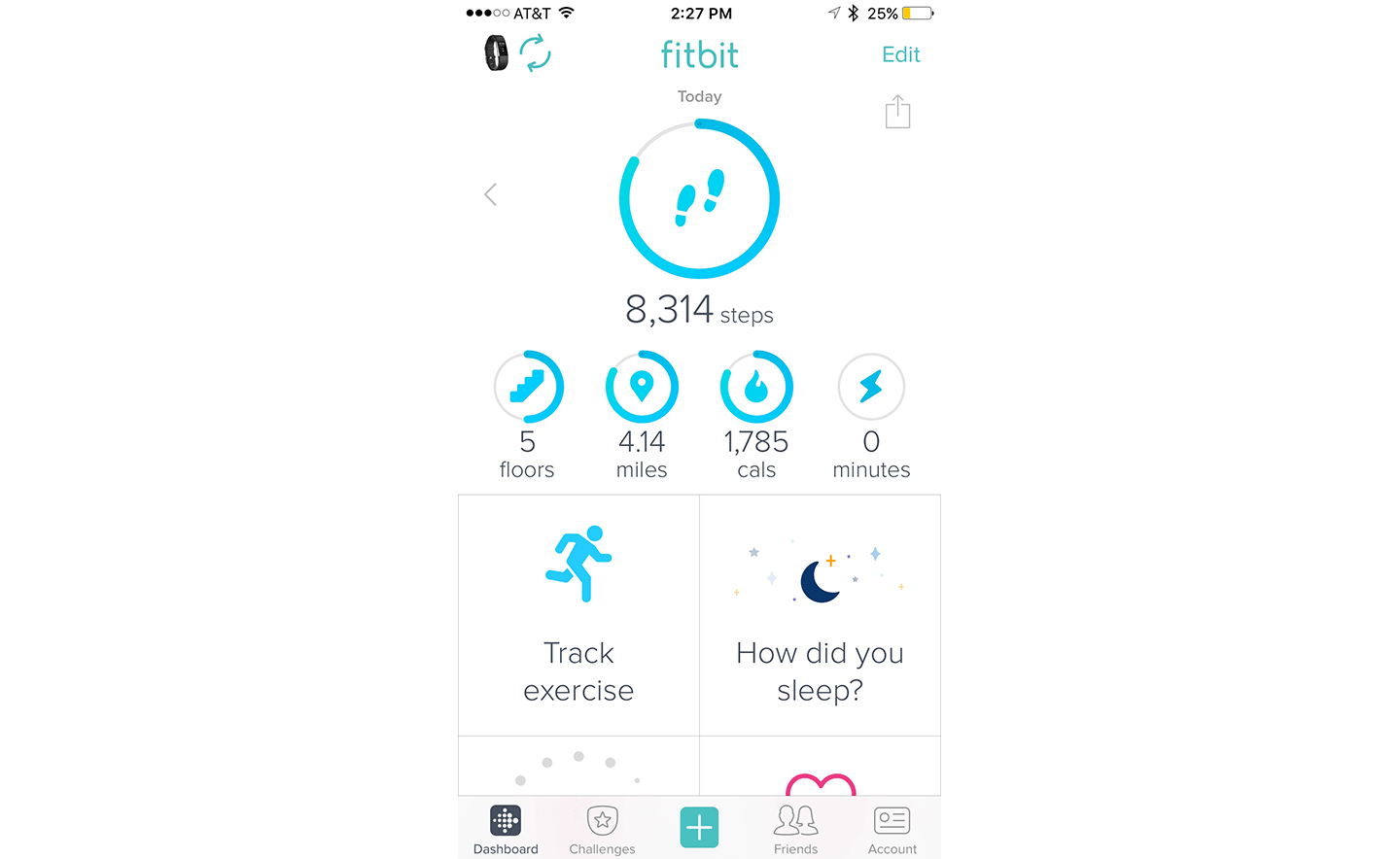 Neither of these devices lack in the battery department. During my testing period, the Mio Slice typically lasted around four days, while the Fitbit Charge 2 went anywhere from five to seven days on a single charge. Both trackers take just over an hour to fully recharge.

My love affair with Fitbit’s app is very real, but Mio’s dashboard is just as easy to use. While it doesn’t have all the breakdowns, graphs, and supplemental information that Fitbit does, Mio’s app makes it simple to digest all the information you want. There are only three tabs, and Mio does a good job of prioritizing what information the user wants to see.

The Charge 2 starts at $149.95 on Fitbit’s website, but many third-party dealers list the device even cheaper than that. Mio sells the Slice for $129.00 on its website.

Verdict: A wash. Things are pretty even here.

Both the Mio Slice and the Fitbit Charge 2 are highly rated on WearableZone for a reason — they’re top-tier fitness fitness trackers. When you’re trying to decide between them, however, the decision comes down to one thing: do you plan on wearing your device all day?

If the answer is yes, go with the Fitbit Charge 2. It has more features, and its attractive design makes the device a better all-around option. But if you plan on wearing a fitness tracker just to work out, it’s hard to argue against the PAI difference.

Is Mio’s slice of PAI worth more than the total package you get with the Fitbit Charge 2?