How To Sync A Fitbit Tracker To Your Phone, Tablet, Or Computer

You did your steps. You tracked your calories and your workout. Now you want to see the results.

But how do you sync your Fitbit tracker to a phone or computer? It's not as tricky as you think. The point of a Fitbit is to simplify your fitness regime — and part of that simplicity is making it easy for you to get started!

For our purposes, “syncing” means transferring your Fitbit's recorded data to your phone or computer. Once you've set up an account and paired your tracker to a device, it's incredibly easy to sync your Fitbit anytime you want.

Setting up your Fitbit tracker for the first time? Click here for our step-by-step tutorial.

The syncing process varies slightly for an iOS, Android, or Windows device, so we'll break down the steps based on your device's operating system. Here's how to sync your Fitbit!

How To Sync Fitbit With iPhone Or iPad

You have two options to sync your Fitbit tracker to an iPhone or iPad.

With the All-Day Sync feature, your Fitbit data will automatically sync to your iPhone, iPad, and other health apps — like MyFitnessPal — throughout the day. If you don’t always open your Fitbit app, but you want to make sure your stats are saved, All-Day Sync can be a lifesaver!

If you turn off this feature to save battery life, your Fitbit will still update your stats every time you open the app. Don’t see your data? You can always sync your Fitbit manually. 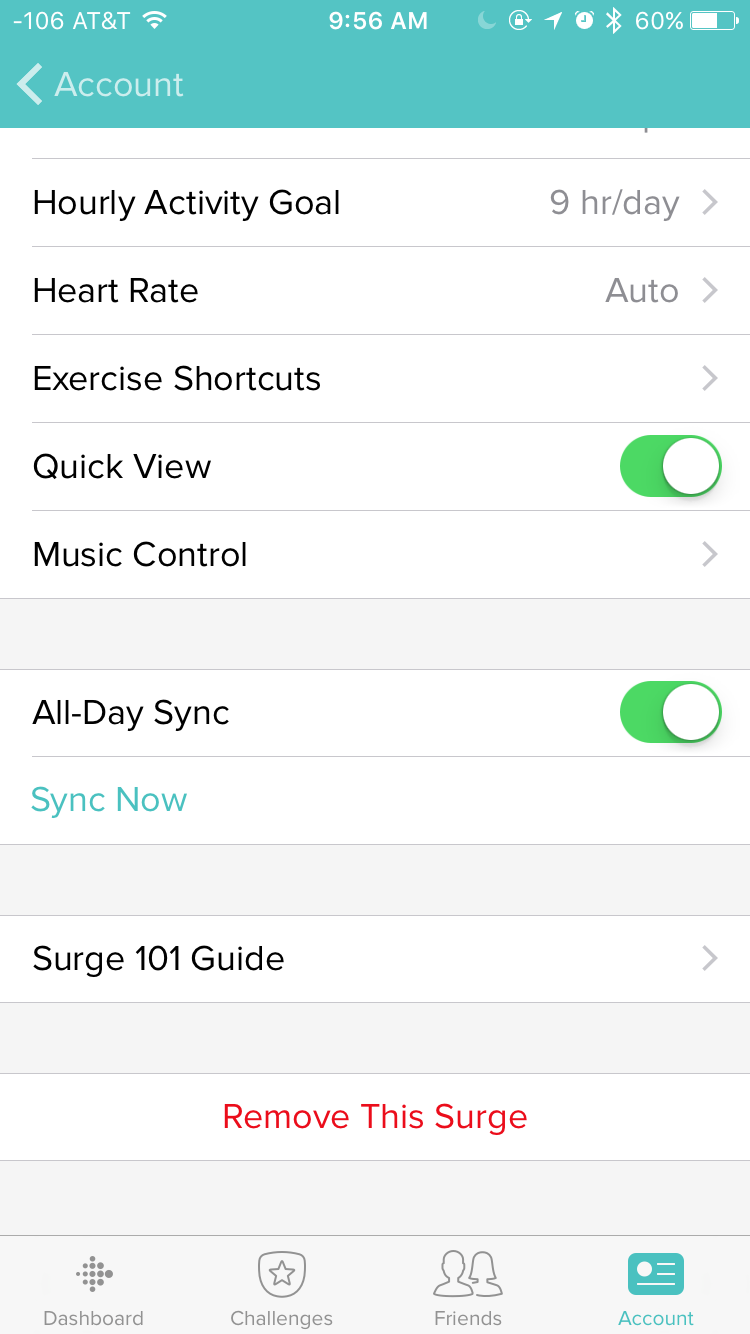 The Sync Now feature allows you to immediately save any changes you make to your account or profile, or to sync your Fitbit's most recent data to your iPhone or iPad.

How To Sync Fitbit To Android

As with the iPhone, Android phones offer two ways to sync your Fitbit tracker to an Android device. 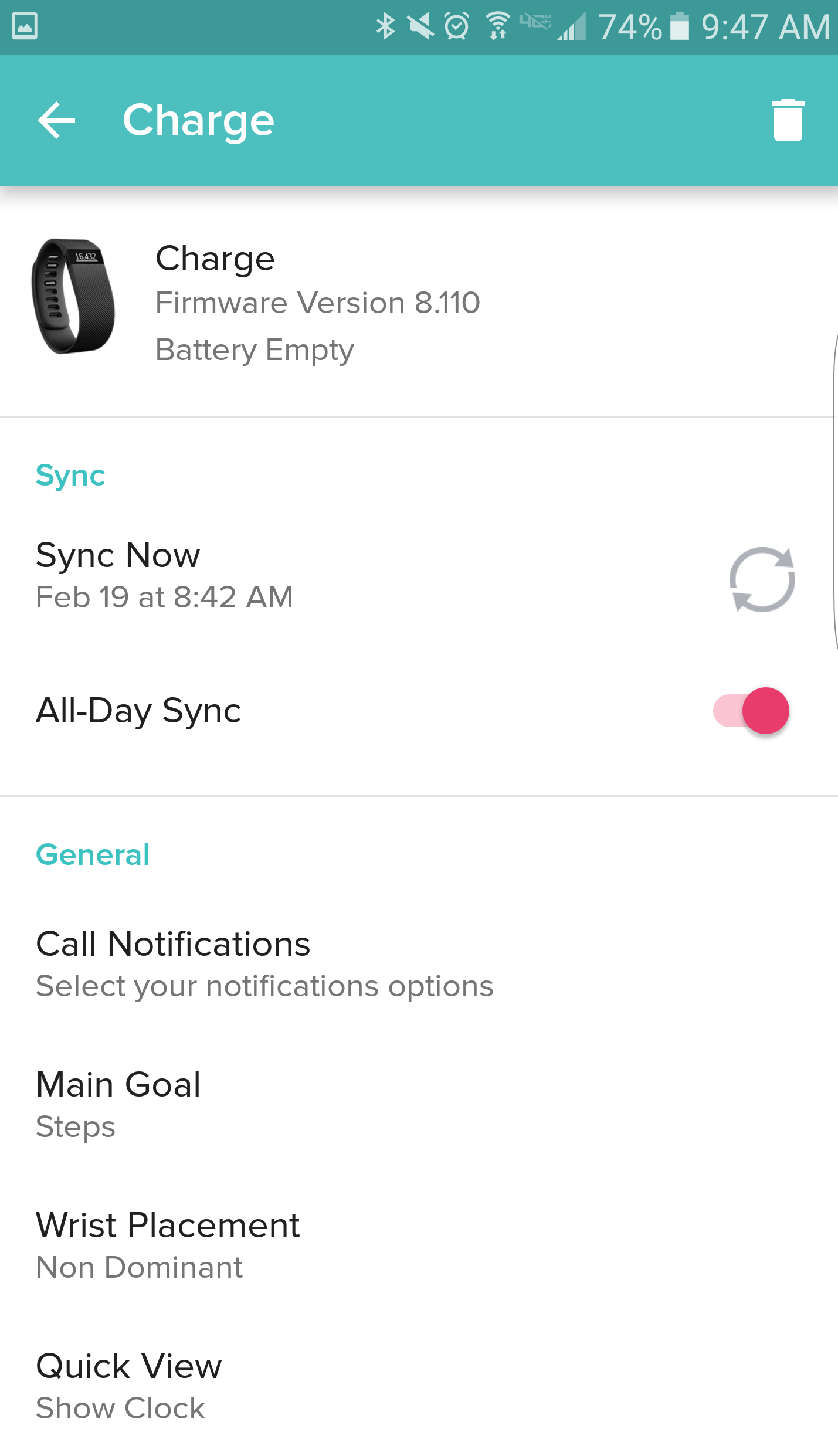 Don't want to drain your battery with All-Day Sync? You can turn turn off the feature, and your Fitbit will still update your data every time you open the app. You can also manually sync your Fitbit tracker to keep your stats safe.

Anytime you tap this option, your Fitbit will sync its most recent data to your Android!

How To Sync Fitbit To Windows Devices

With the All-Day Sync feature enabled, your Fitbit data will automatically sync to your Windows phone throughout the day!

When you select the Sync Now option, your Fitbit will sync its most recent data to your Windows device. 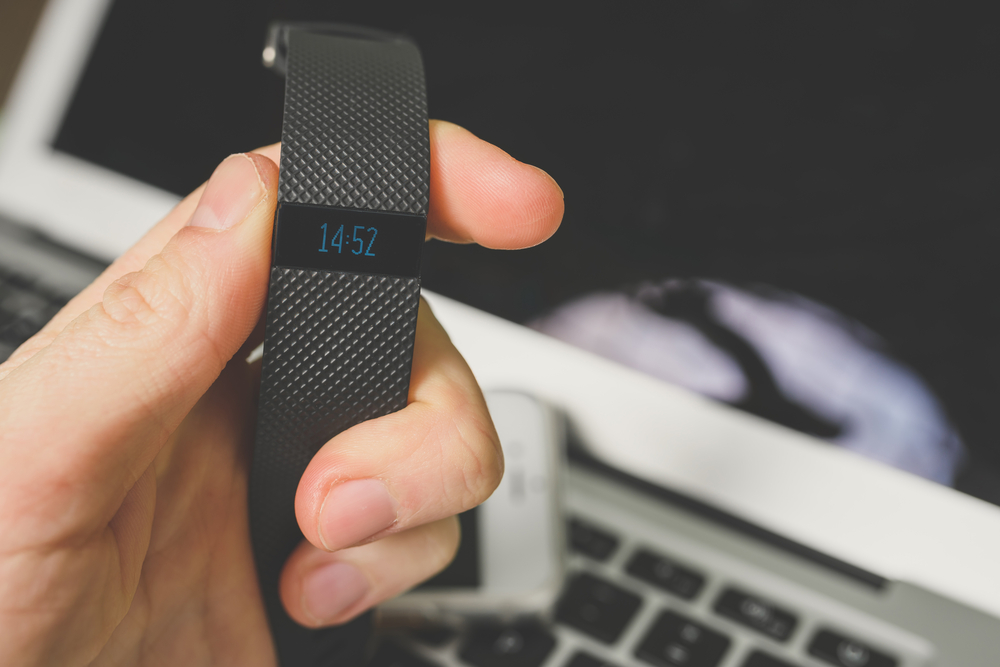 How To Sync Fitbit To Your Computer

How Often Does Fitbit Sync Data To My Device?

If you paired a Fitbit tracker with your phone, your Fitbit will sync to your phone every time you open the app. You can also tap "Sync Now" to manually sync Fitbit data to your iOS, Android, or Windows device.

But keep in mind, Fitbit trackers record minute-by-minute data for seven days. We recommend syncing your device at least once a week to make sure you don't lose any data! 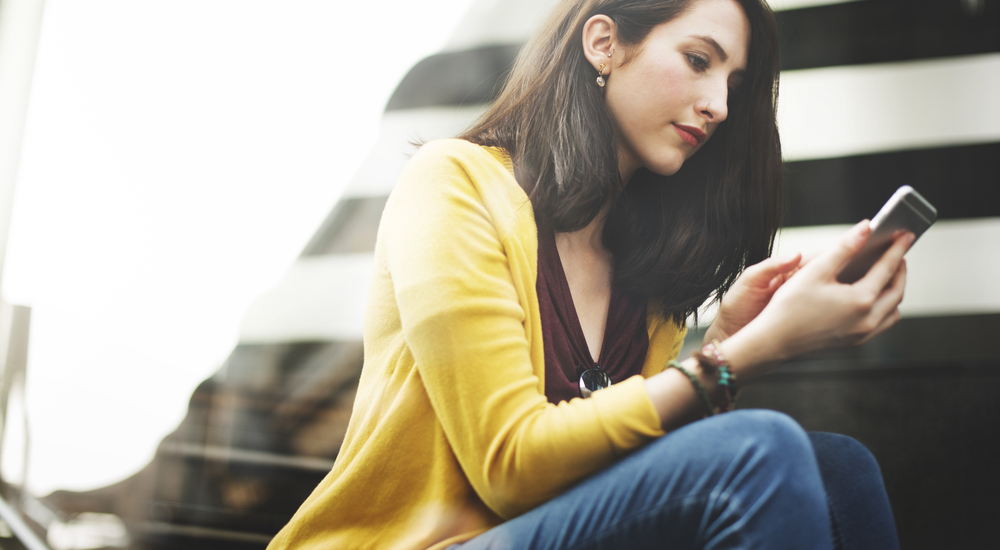 Sometimes your Fitbit won’t sync to a phone, tablet, or computer. If you’re having trouble transferring data between devices, try these helpful tips:

If you have an Android phone, make sure your location services are turned on and that you have given the Fitbit app permission to access your location. Some Android devices also have known issues with the Fitbit app that prevent them from supporting some functionality.

Is your device still not responding? It might need to be charged. Often, a Fitbit won’t sync when the battery is critically low.

If your battery is charged and the device still won’t sync, try this:

How To Remove A Fitbit Device

Users can remove a device from their account through the Fitbit app or their personal dashboard on the company’s website. Once you navigate to the device settings on either platform, there is an option to remove that specific tracker. Fitbit saves activity stats to your history, but any unsynced data will be lost once you remove the device.

To unsync a Fitbit tracker from your phone or computer, just reset your Fitbit and set up a new email address and password. Your data will be recorded on your new profile.

Can I Sync My Fitbit On Two Or More Devices?

Fitbits can be paired with compatible iPhone, Android, or Microsoft devices. However, if your Fitbit has the ability to receive call, text, or calendar notifications, it can only sync with one device at a time.

To sync your Fitbit to a new phone or computer, disable the Bluetooth "bond" — the Bluetooth connection that allows your phone to send automatic notifications to a Fitbit tracker — on your phone. Here's how to do it:

Can I Sync Two Or More Fitbit Trackers To One Account? 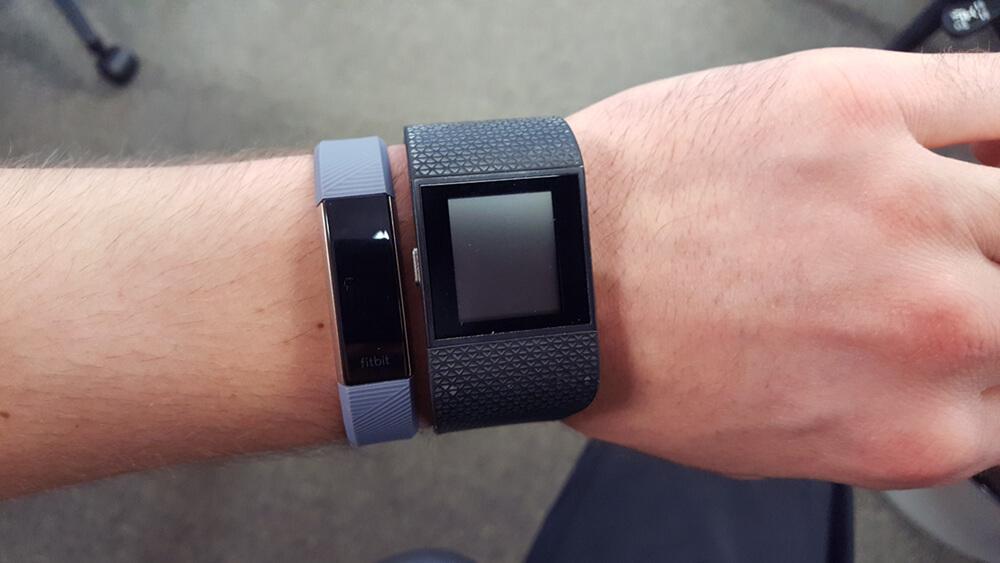 If you have multiple trackers, you can add all of them to your Fitbit account. Just follow our step-by-step guide for setting up a new Fitbit device through the app.

Fitbit’s Multi-Tracker Support automatically detects when you switch between devices, so it doesn’t require any extra work on your part. Users can alternate between any number of trackers throughout the day.

Wearing more than one tracker at a time isn’t recommended, however. While some features aren’t available on every model, overlapping data from multiple devices tends to make the results in your dashboard less accurate. For optimum results, it’s best to keep only one tracker in Bluetooth range at a time. You should also sync each tracker to the app before using another device.

Even though you might have multiple trackers under one account, all of your results still sync within a single dashboard. If you want to compare the results of multiple devices against each other, you should make a separate account for each one.

Having multiple trackers under one account also affects the way notifications display on your devices. Depending on what type of mobile device you use, notifications appear as follows:

Don’t let technical problems get in the way of your fitness goals! If you need more help with your device, check out our help pages to connect and reset a Fitbit.