Ashley Chloe’s founding wearable — the Helix Cuff — incorporates Bluetooth earbuds into an elegant bracelet, but apparently, one accessory just wasn’t enough. For a company that “bridges the gap between fashion and technology,” giving customers unlimited design options was the next logical step.

That’s exactly what Ashley Chloe promises to do with its next-generation product, Fuse. These wireless headphones claim to take limitless wearable forms by way of their modular technology.

When not in use, the earbuds connect and form a pill-shaped module, which then integrates into a collection of accessories that founder and CEO Angela Pan calls the “Fuse family.”

“Fashion and function are always at the forefront of Ashley Chloe innovation,” Pan said. “So with the Fuse, we are looking to give the user a different experience that’s personalized to their unique taste.”

The pill-shaped module fits into a variety of wearables, such as bands, bracelets, and pendants. There are also several carrying cases within the Fuse family as well. 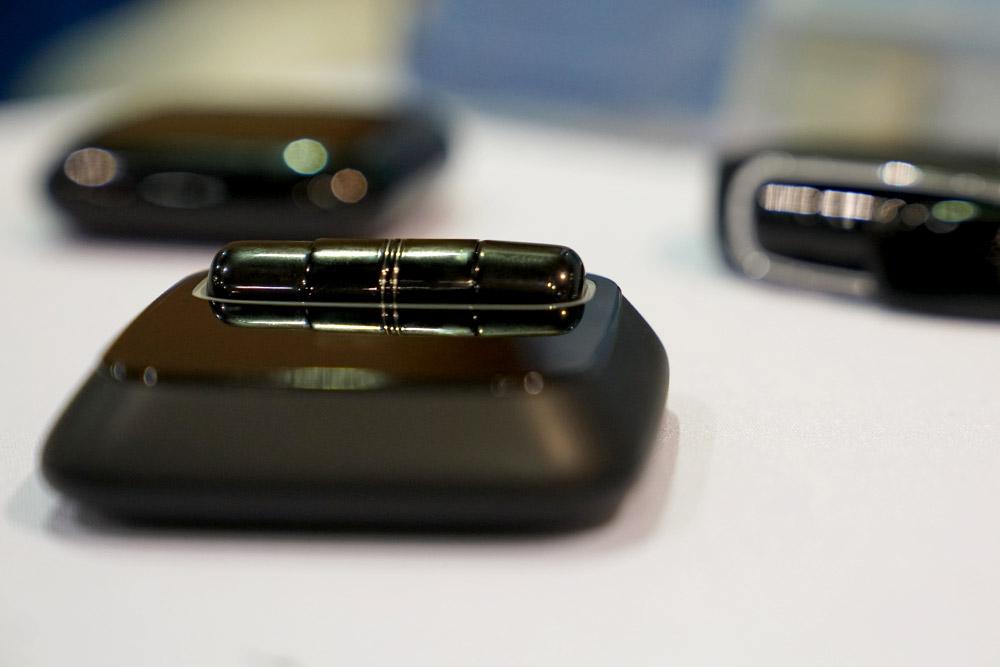 Not only do these accessories store your earbuds within reach, but they also work in unison with the pill-shaped module to charge them.

Pan declined to provide specifics on how the portable charging process works, other than to say there will be a power connector inside the module. According to Ashley Chloe’s website, just 15 minutes of charging will yield an hour of music or talk time.

“They are modular earbuds that are designed to be carried, charged, and connected in different wearable form factors at the same time,” Pan said.

Beyond their unique design elements, the earbuds will also have some impressive audio technology. Fuse will feature noise reduction and other elements from the Helix Cuff, such as audio enhancement and aptX, which delivers CD-like quality over Bluetooth.

Pan said the modular headphones will also include a touch control button and AI that lets users interact with Siri and Google Assistant.

Fuse is slated to hit the market at some point this fall, and the headphones will be available in either black or white. Pan said the current MSRP is $199.

With just 15 minutes of charging, the Fuse earbuds yield an hour of music or talk time.