Want A Cheaper Version Of Fitbit? Try These 8 Options

If you’ve ever had a sneaking suspicion that you can get all the cool fitness tracking features that the Fitbit offers without having to pay extra money for the Fitbit name, you’re right. While the middle-of-the-road Fitbit Alta retails for $129.95, and even the “budget” Fitbit One sells for $99.95, other developers offer more affordable options.

In fact, it’s entirely possible to get a cheaper version of Fitbit without skimping on every wearable feature that helps you lose weight, stick to your health goals, and smash your personal records week after week.

If your personal philosophy is “never pay full brand-name price,” then here are a few Fitbit alternatives that will do minimal damage to your budget. 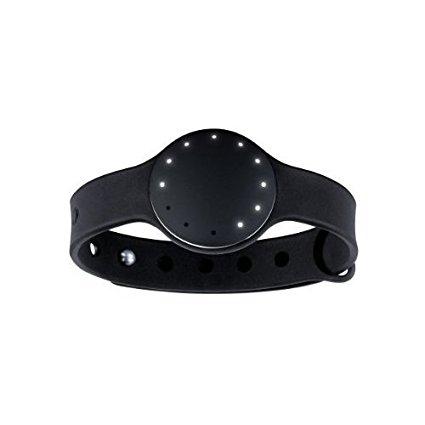 The Misfit Flash has a suggested retail price of $24.99, but you can easily find it for under 20 bucks at most online stores. But for less than the price of two movie tickets, you get a solid fitness tracker that lasts six months on a single battery, tracks steps, measures distance, and monitors your sleep.

Remarkably, it’s also waterproof at 3 ATM, which means that it’s safe to take into a pool. Some wearables that cost three times the Misfit Flash don’t even offer those features.

Like most bare-bones fitness trackers, it doesn’t offer a LED display, GPS sensor, or heart rate monitor. But it’s a solid choice for anyone who wants to better understand their fitness. 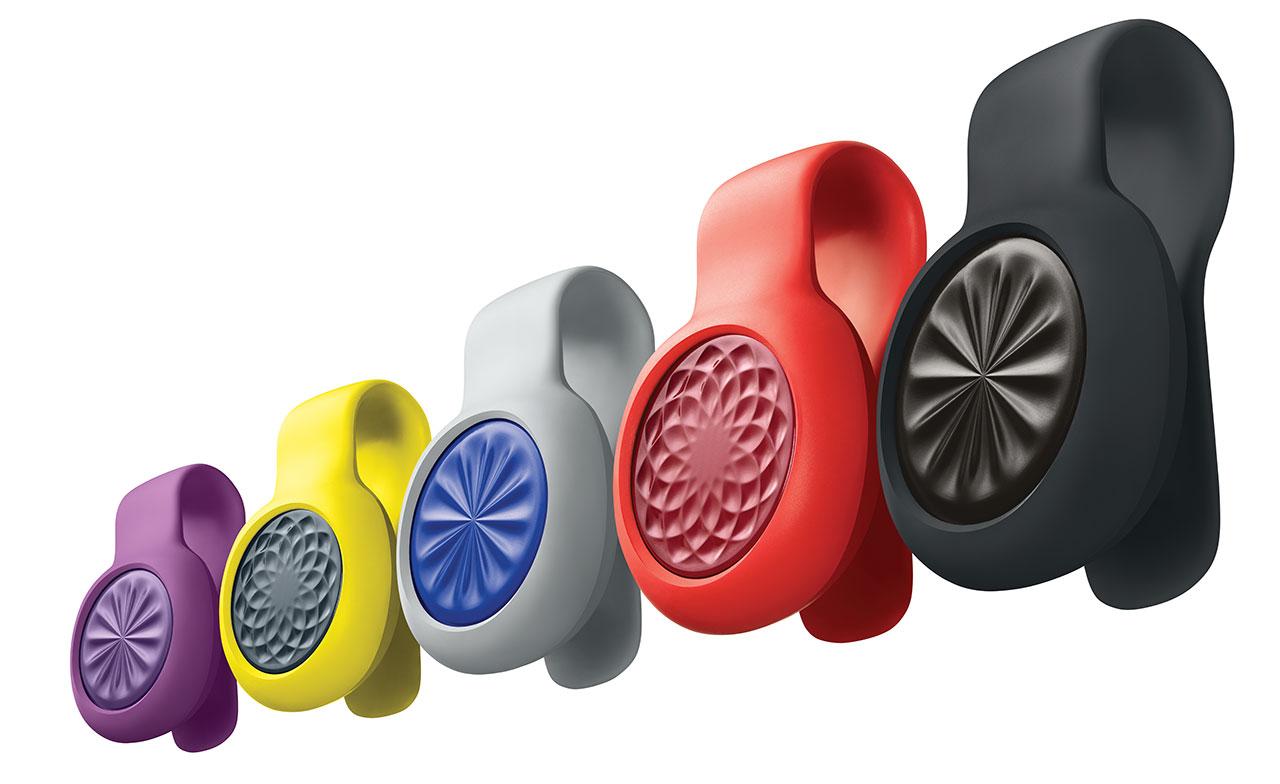 The Jawbone UP Move also boasts a rock-bottom price — you can easily snag one for under $15. The small, lightweight tracker can help you track steps, runs, and sleep. With the help of the Jawbone app, you also track your nutrition to get a more complete picture of your fitness. Plus, thanks the included Smart Coach, the Jawbone UP Move nudges you toward healthy choices and celebrates your wins.

That’s not bad for a fitness tracker that costs about half a tank of gas. 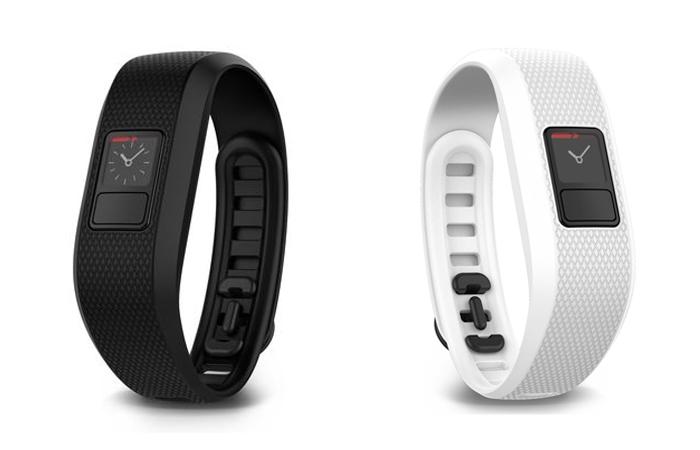 Garmin is well-loved by hardcore athletes who are willing to shell out hundreds in order to enjoy the company's best-in-class tracking features. But it’s not necessary to blow an entire paycheck in order to get a Garmin tracker. The Garmin Vivofit 3 can set up you up with top-notch tracking features for only $79.95.

The backlit display can show you steps, calories, distance, intensity minutes, and the time of day. It includes a wide variety of activity options, including walking, running, biking, and swimming. It’s like a cheaper version of the Fitbit Alta, but with a few more added features that ambitious weekend athletes will enjoy. 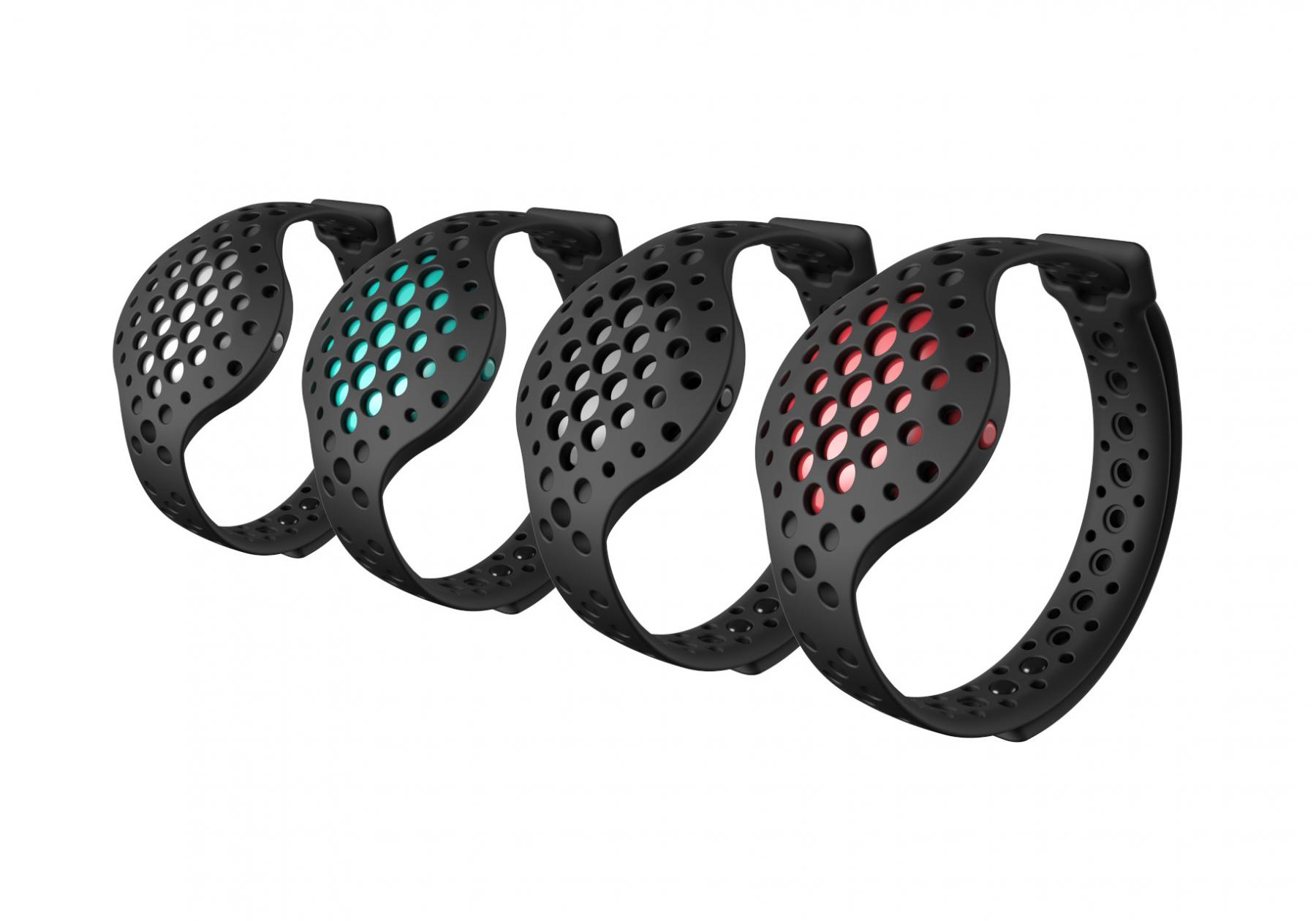 The Moov Now has all of the basic tracking features you’d expect, but it also has one extra feature that makes it stand above the rest: coaching.

If you’re running, it can help you improve your stride so you can beat your 5K time. If you’re swimming, it can break down your laps to help you perfect your form. The Moov Now can even coach you through interval training if you want a guided workout, and it’s able to provide all of these features in a device that retails for $59.95. 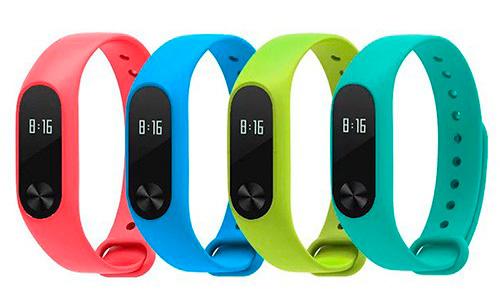 Want to track your heart rate without spending a lot? Look to Xiaomi.

Xiaomi is more famous in China than the United States. But the company is slowly making a name for itself as a developer of good quality fitness trackers that are more affordable than Fitbit. Their latest model, the Xiaomi Mi Band 2, is one of the cheapest fitness trackers to include a heart rate monitor. You can usually buy it at online retailers for less than $50, which makes it a cheaper version of the Fitbit Charge 2.

Withings Go is another minimalist fitness tracker that still offers health-minded people everything they need in a wearable. Rather than offering an LCD display, your progress toward your step goal is displayed with black and white e-ink. That drives the price down, but it also extends the battery life. You can wear it for an astounding eight months before needing to replace the battery. If you want a basic step counter that you don’t have to worry about charging, then this is one of your best options. 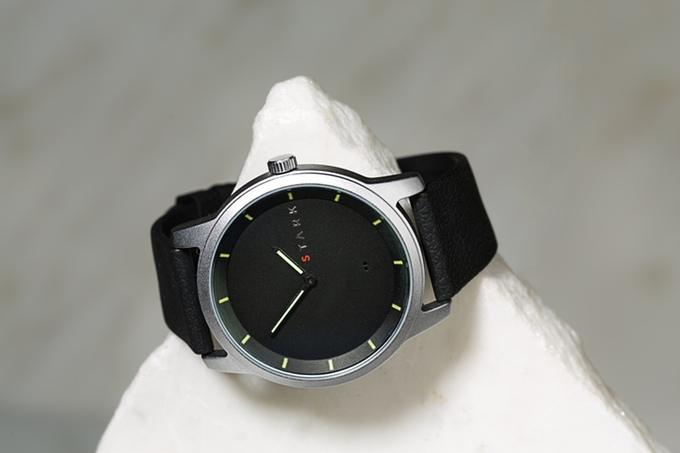 We haven’t actually tried the Stark smartwatch, as it’s currently a Kickstarter project. But if it lives up to its promise, then it could be a game changer for both fitness trackers and smartwatches. The Stark tracks steps, tracks distances, records goals, and tracks calories burned. If you have an iPhone, it also syncs with Apple Health.

But the Stark also includes a couple cool smartwatch features, such as the ability to control your phone camera remotely and view notifications. It’s able to pack all of those features into device that’s just $40 once it goes on sale.

The Stark is expected to ship in July. 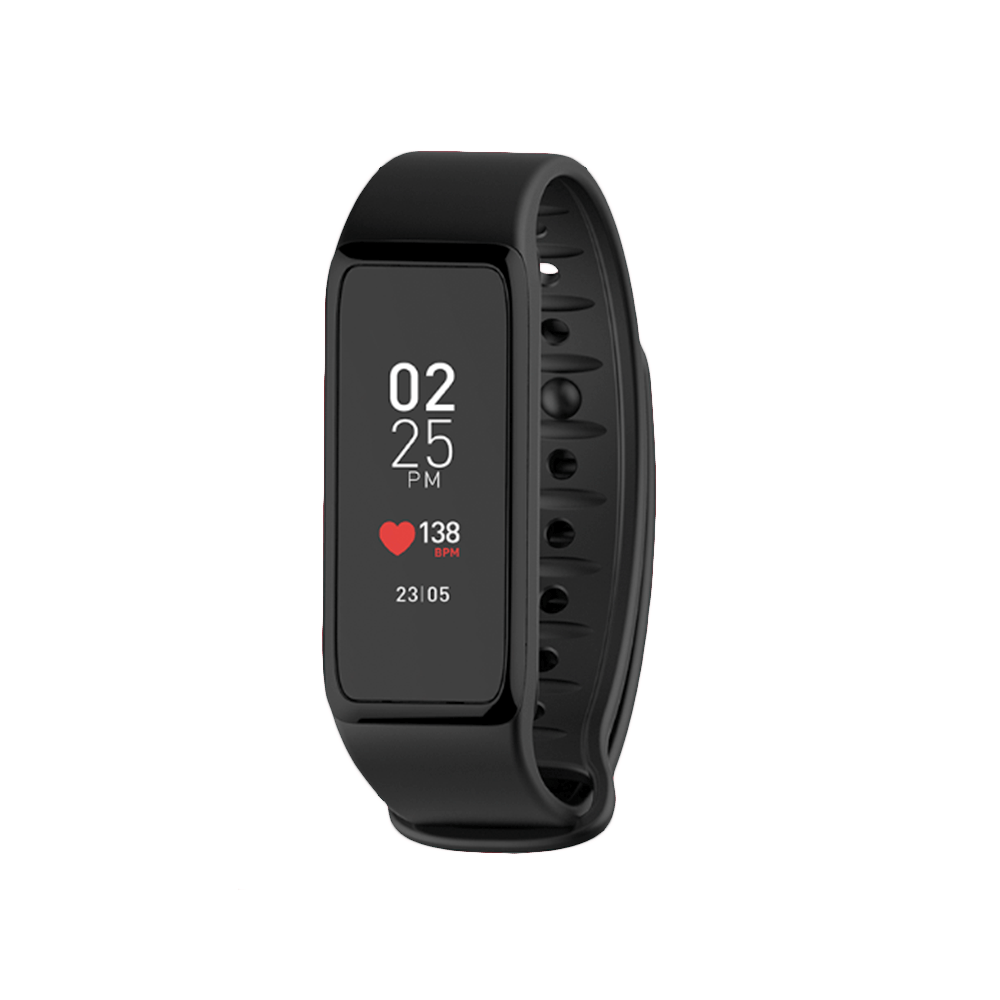 MyKronoz might not have the brand recognition of these other companies, but the Swiss-based tech giant offers some solid fitness tracking options.

Its most advanced activity tracker — the ZeFit 3HR — actually rivals the recently released Fitbit Alta HR in a lot of ways. It monitors the same activity stats as the Alta HR, has an optical heart rate sensor, and tracks your sleep as well. The ZeFit 3HR also includes music controls, displays app notifications, and features a color touchscreen — all things the latest Fitbit can’t match. It might not have the compact design or seven-day battery life of the Alta HR, but for just $59.90, the ZeFit 3HR deserves to be on your radar. 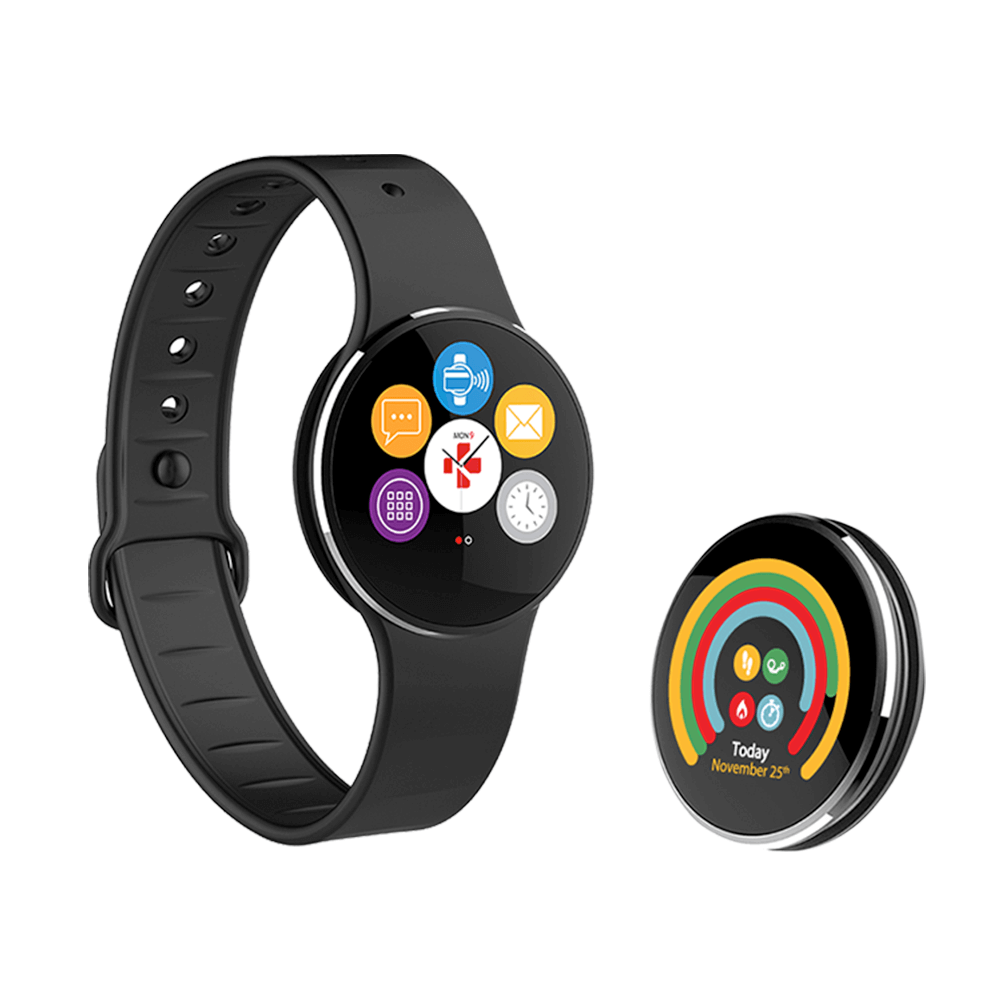 MyKronoz’s ZeCircle 2 packs fitness tracking into a more traditional watch design. The device’s display resembles a smartwatch in the way it arranges feature icons in an app-like format. While the ZeCircle 2 doesn’t track as many activity stats as the ZeFit 3HR, it does feature contactless payment and impressive screen resolution (240x198). At just $59.90, the ZeCircle 2 is another appealing buy.

MyKronoz also throws in free standard shipping to the US on orders over $100.

Have you come across any great deals on fitness trackers that aren’t Fitbits? Let us know about your favorite alternative devices in the comments!

That’s not bad for a fitness tracker that costs about half a tank of gas.